On the south side of the headquarters, the new glass panes were installed in mid-September 2018. The replacement on the opposite side will take place in spring 2019.

The windows were designed by the Halle artist Christine Triebsch, who studied at the Burg Giebichenstein Kunsthochschule Halle and is now a professor of painting/glass there. Triebsch's design is a geometric interplay of triangular and square shapes that combine to form ever new patterns and at the same time follow a geometric regularity. The artist sees the regularity as a metaphor, it “corresponds to logical thinking as a traditional expression of human research and striving”, Triebsch writes in her design. The stained glass windows were made by Glasmalerei Peters GmbH in Paderborn. The squares and triangles are cassetted, i.e. arranged within rectangles.

The costs of the project, which are borne by the Leopoldina Academy Circle of Friends reg. ass., amount to around 80,000 euros. The Leopoldina Academy asked a total of four artists to submit designs for the windows. All of them are well-known graduates of Burg Giebichenstein Kunsthochschule Halle who work nationwide. Christine Triebsch's design was selected by a commission that included the architect Norbert Hippler, who supervised the renovation of the Leopoldina main building, the Halle sculptor Prof. Bernd Göbel and Helmut Brade, graphic designer and until his retirement professor of communication design at Burg Giebichenstein.

Since the end of the 19th century, painted leaded glass windows adorned the staircase of the building on the Jägerberg, which was then the seat of the Masonic Lodge “Zu den Drei Degen”. The paintings depicted John the Baptist and Saint Elizabeth. During the Nazi regime, the lodge transferred the property to the city of Halle under pressure from the regime. The painted leaded glass windows were subsequently replaced with simply designed glass.

The renewal of the stained glass windows that has now taken place represents another milestone in the artistic design of the Leopoldina's main building. 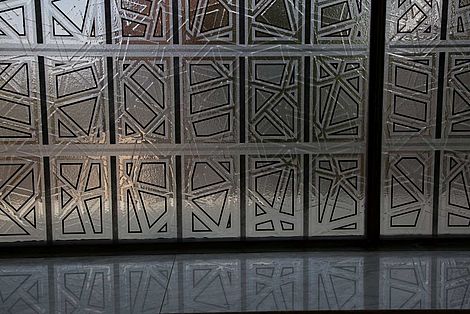 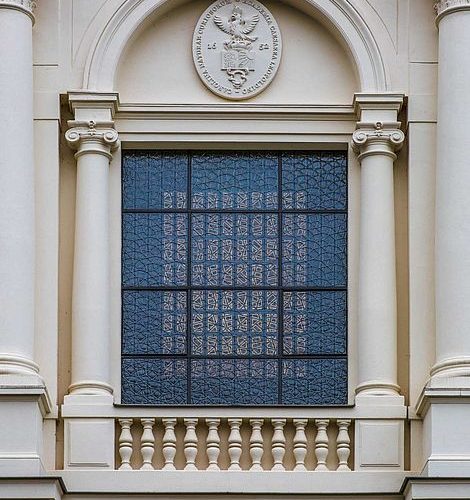 Student Programme on the Occasion of the Annual Members’ Assembly 2018