The theme of the evening was: “What is Optogenetics? Inhibitory light-activated players”. The laureate of the 2017 Mendel Medal of the Leopoldina Prof. Dr Peter Hegemann (Berlin) spoke. In 2017, the National Academy of Sciences Leopoldina awarded its member Peter Hegemann (born 1954), Berlin, the Mendel Medal. In doing so, it recognised the researcher's outstanding scientific work in the field of optogenetics.

After a musical opening, Professor Jörg Hacker, President of the Leopoldina, and Dr.-Ing. Horst Dietz, Chairperson of the Board of the Leopoldina Academy Circle of Friends, gave a review and outlook on the work of the past 10 years. Afterwards, Professor Peter Hegemann gave a highly interesting lecture on optogenetics. This new technology, a combination of methods from optics and genetics, makes it possible to gain insights into the functioning of cells through light. Peter Hegemann has spent many years studying movement reactions in light with the associated electrical processes on the alga Chlamydomonas. He then postulated light-controlled ion channels as photoreceptors, which he identified molecularly in a cooperation with Georg Nagel and Ernst Bamberg and named them “channel rhodopsins”. These light-sensitive proteins form channels in the cell membrane through which ions can flow. If these proteins are introduced into the cell membrane, the cell can be specifically controlled by light. Channel rhodopsins have thus become the most important key components in the field of optogenetics. Today, they are used by scientists worldwide to understand neuronal circuits in cell cultures, brain slices or living animals with the help of optical techniques. This can provide new insights for the treatment of neurological diseases such as epilepsy or Parkinson's disease. The scientific journal Nature awarded this method “Method of the Year” in 2010.

Peter Hegemann studied chemistry at the Westphalian Wilhelms University in Münster and the Ludwig Maximilians University in Munich. He took up a professorship in biochemistry at the University of Regensburg in 1993. Since 2005, he has been Professor of Experimental Biophysics at Humboldt-Universität zu Berlin. In 2015, he was awarded the Hertie Senior Research Professorship for Neuroscience. Peter Hegemann has been a member of the Leopoldina since 2012. 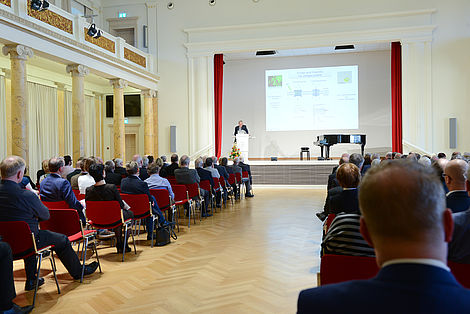 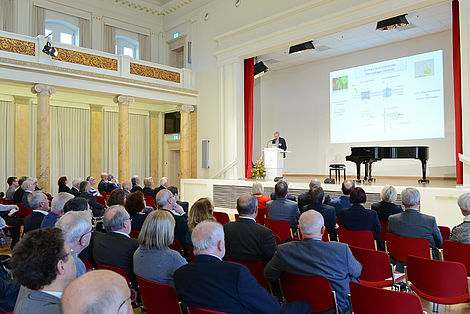 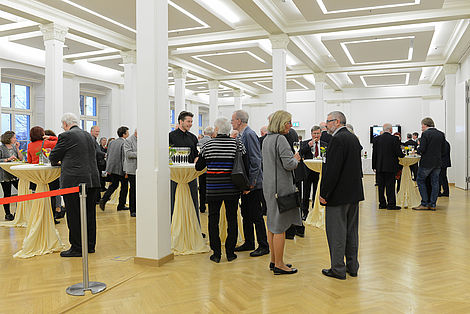 Award of the Johann-Lorenz-Bausch Scholarship 2017